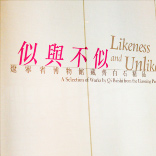 This year, Marco Szeto, a Warwick Graduate and a professional curator, brought us into the likeness and unlikeness world of Qi Baishi (齊白石), one of the most renowned figures in modern Chinese painting.  In addition to touring us around the famous shrimps and crabs of Qi Baishi, which earned him the name of “people’s artist” by the Ministry of Culture in 1953, Marco introduced to us the history of this People’s Artist and his trip to Hong Kong.  After that, Marco shared with us his experience as a curator: the difficulties in gathering information, researching and obtaining all sorts of approval when organising such a large-scale exhibition.  At the end of the tour, forty two Warwickers, their family and friends were deeply impressed by Qi Baishi’s artistic works as well as the efforts of Marco and his enthusiastic attitude toward Chinese art.

About the Speaker – Mr. Marco Szeto

He was a Warwick graduate in the 80’s. During his study in Warwick, he was the first Hong Kong student who held a solo art exhibition in the University library featuring the fusion of Chinese and Western painting, “East Meets West”. After his return to Hong Kong, he worked as an assistant curator in Hong Kong Museum of Art specialising in Chinese Art. Mr. Szeto obtained his MPhil in Fine Arts from the University of Hong Kong in the 90’s. Mr Szeto is currently the curator of “Xubaizhai Gallery of Chinese Painting and Calligraphy” of the Hong Kong Museum of Art. He often lectures in various occasions to introduce Chinese art and culture to the public as well as university students.