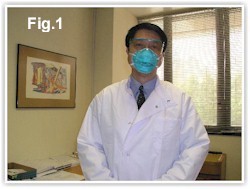 My colleagues and I in Hong Kong have just gone through a very unusual period, the like of which we had never experienced before in our careers. Severe acute respiratory syndrome (SARS) is a highly contagious and potentially lethal infection from a newly discovered corona RNA virus spread by droplet transmission. There must have been an under-reported outbreak of such atypical pneumonia in nearby China last winter. An emeritus professor of nephrology in China with the infection came to Hong Kong for treatment on 22 February without telling the hospital of his disease. This index case infected many other patients, medical and health care workers, and 16 medical students in our hospital. A single second-wave infection broke out in our community in late March. By that time this emerging disease had shocked the world by having infected over 2,000 people in 27 countries.

The WHO case definition for SARS comprises (1) fever > 38 degree C or history of such in the past 2 days, (2) radiographic evidence of new infiltrates consistent with pneumonia, plus (3) chills or cough or malaise or myalgia or known history of exposure (Note 1). Some patients may not have all the features, while others may present atypically. Progression may be represented by 3 phases: (1) acute viral infection with fever, myalgia, chills and minimal respiratory symptoms, (2) hyperactive immune response with clinical, radiological and laboratory manifestations of severe acute pneumonia and other tissue inflammation consequent to a possible cytokine and chemokine storm, and (3) recovery or, sometimes, pulmonary destruction and death. Definitive diagnostic tests have been developed, e.g. real-time quantitative PCR, and antibody titre besides conventional culture. Treatment has been empirical and is still evolving. In Hong Kong an initial potent antibiotic cover, followed by simultaneous ribavirin (wide-spectrum anti-viral agent) and corticosteroids, with or without pulsed high-dose methylprednisolone, have been used with good efficacy. For difficult cases, convalescent serum and pentaglobulin have been tried, and anti-cytokine therapy contemplated. At the time of writing this commentary (16 June 2003), 1,775 citizens of our 6.9 million population have been treated for SARS. This should be close to the final figure, since zero infection has frequently been recorded over the last 3 weeks. The WHO lifted its travel advisory warning to Hong Kong on 23 May, and should soon delete Hong Kong from the list of SARS-affected areas.

My mentor and former professor of immunology in UK commented that he dreaded to imagine this disease breaking out in less organised societies. Being on site and having played my small part in winning over the epidemic, I was able to observe matters even more positively. In ascending order of significance, it was first very gratifying that our combined chemical pathology and clinical immunology service proved very useful for monitoring the disease and its prognosis. The laboratory results have also been used in generating research data for tomorrow’s publications and applications. Besides blood CD markers, serum cytokines and LD isoenzymes that were predictive of adverse outcomes, the whole RNA of the coronavirus was quickly sequenced to yield information for immediate understanding of tissue tropism and infectivity to facilitate vaccine development. The above special investigations and research output were additional to our routine commitments under staff constraint. It was as if the department has undergone an ACTH (Synacthen) stimulation test and responded super-physiologically with an admirable adrenal reserve!

More globally, the epidemic has united all levels of intra and inter-hospital staff, and educated the public. During the first month, the Hospital Chief Executive (Medical Superintendent) met unit heads twice daily at noon and 20:00 h for update of new and ITU cases, contact tracing, operational and strateg

ic reviews. All along there was Staff Forum for all colleagues on all issues from daily to twice-weekly frequency according to need. A persistent reminder and overriding issue in these meetings was stringent infection control. Everyone has now become knowledgeable in microbiological safety and the use of personal protective equipment in moderate risk areas (Figure 1) and high-risk environment adapted from CDC guidelines. The whole community received audiovisual lessons from the media on domestic and personal hygiene, including the proper 6-step procedure of washing hands for 15 seconds. The Minister of Education, who was previously a professor of surgery, must have been pleased when he visited kindergarten pupils wearing surgical masks, long before any of them would become surgeons.

Yesterday (Sunday) evening a 32-year-old rheumatolgoist, who volunteered herself twice in continuum for SARS-ward duty in two hospitals, and a 33-year-old cardiologist, who himself was a recovered SARS patient, were interviewed separately on television. Both spoke independently, in religious and non-religious language, of SARS not merely as a disease but really an opportunity for reinforcing love, concern, and positive crisis management. Thus this severe acute episode might have shaken up our community, and better equipped its people for attaining new heights. In a recent radio program, our Dean of Medicine quoted the legend of the flight of phoenix from fire. Interestingly, the ancient Chinese word inflammation, bearing the concept of traditional Chinese medicine, actually means acute-severe burns.

I have originally planned for a short driving holiday in Britain before attending the IFCC EB Meeting and EUROMEDLAB in Barcelona, to be followed by a recovery period in Paris. Reluctantly, I had to cancel this trip for fear of uncertain entry requirements in Europe for visitors from SARS-affected areas. The easiest alternative was to convert the same period (28 May to 6 June) to a driving spree in England and Wales, UK.

With my hay fever well controlled by modern medicine (Note 2), I was a comfortable non-person without any responsibility. Like natural scientist Sir Charles Darwin (Note 3), I counted a decreased number of sea gulls on the sandbank of Swanage, Dorset, compared to my previous visits from 3.0 decades ago. In Pembrokeshire, which is the western most Welsh county (by the Irish Sea) known as Little England Beyond Wales, I discussed with local residents the glories of the now faded fishing industry.

Back to England at the University of Cambridge, I sustained forehead, nose, upper lip and left knee injuries trying to walk through a transparent glass door in Clare College. Wearing another kind of protective clothing (a kitchen apron) in New Malden, Kent, I was once again working under the instructions of my former chair professor Dr Magnus Hjelm, this time poaching a 2.8 kg salmon in hyperosmolar sodium chloride solution containing black pepper and chives (Figure 2).

Upon returning home, several IFCC colleagues: Dr Ellis Jacobs, Dr Myron Johnson, and Miss Lisa Ionescu, have written to describe how wonderful Barcelona was. In jealousy, I almost replied by invoking the response that I read from O’Grady’s Aussie Etiket, “Shut up!” (Note 4)